23 May The Inspiring Story of Acworth Depot Park

Posted at 17:26h in Acworthy Announcement, Article, Itinerary, Things To Do Article by admin 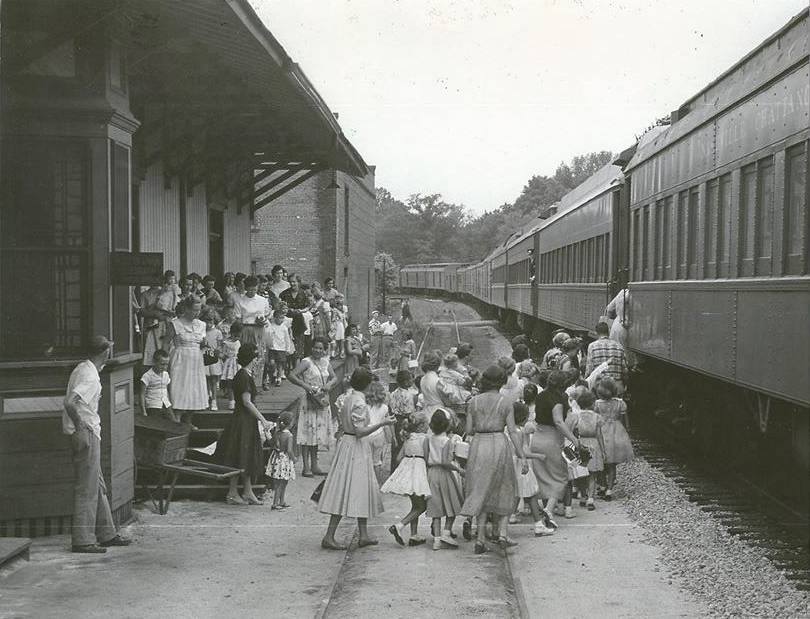 HOW ACWORTH PRESERVED THE HISTORY OF THE ACWORTH TRAIN DEPOT

This month, Depot Park opens its doors, inviting visitors and residents to experience a treasure trove of oral histories, archival photographs, and videos that chronicle Acworth’s history over the centuries. It’s a fascinating and important tribute to the story of Acworth — and it wouldn’t be here without the passion and dogged efforts of a few dedicated Acworth citizens.

When Mack Turner was born in Acworth in 1946, the railroad depot was the heartbeat of life and commerce for the town. As a kid in the late ‘50s, Mack held a part-time job (making about a quarter an hour) answering phone calls for a taxi service housed right next to the bustling depot itself. “Back then they still had passenger trains, freight being delivered and picked up… by hanging out there a few months, I became fascinated with it,” he says.

The Depot was the lifeblood of Acworth for years. But by the mid-century, the interstate highway system had ushered in a new era in transportation. The railroad company closed the depot in 1966, and the structure was sold to a private citizen a few years later, who then sold half of the building as lumber for furniture. The other half sat unused for decades.

THE PLAN COMES TOGETHER

Fast-forward to around 2012, when Mack found himself discussing the Depot with fellow longtime Acworth residents on Facebook — “maybe I was talking more than anybody else about it,” he says. One day, someone urged Mack to “quit talking about it and do something about it,” he recalls. So, he did. And the rest was history.

Mack and a group of about a dozen fellow Acworth residents spent the next few years organizing, raising funds, and working to find a way to salvage what remained of the Depot. Their work wasn’t easy — “but we persevered,” says Mack. “We had a lot of times we should’ve just given up, but we didn’t.” 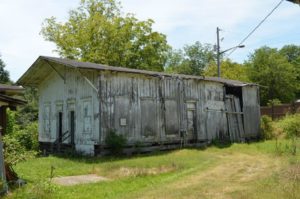 But by that point, says Mayor Tommy Allegood, the Depot itself had fallen into a state of disrepair that would be too costly to rehabilitate. In 2015, the City of Acworth partnered with Mack and the Save Acworth History Foundation for a solution. While the original building itself couldn’t be restored to its original splendor, architects and designers could pay tribute to it with a replica structure, which would then house archival material showcasing the city’s storied history. “The Save Acworth History Foundation made the commitment to turn the Depot replica into a history center and begin to gather oral histories,” says Mayor Allegood.

Preserving that history, both for current and future generations, is the main reason Mack and his fellow volunteers never gave up on the Depot. “Acworth is the second-oldest city in Cobb County, and it’s never had a history center,” says Mack. “That’s one thing that was driving me: I just thought we needed one.”

So, the group got to work collecting artifacts and materials for the history center. Along the way, Mack learned more about Acworth’s history than he ever thought possible. “We’ve dug up stuff I never would’ve dreamed existed,” he says. “We’ve collected probably a couple thousand old pictures, we’ve got two or three cases full of artifacts from old businesses, old school annuals, all kind of old Acworth paraphernalia. It just keeps growing.” One of his favorite discoveries: a circa-1955 photo of a group of schoolchildren, lined up at the Depot ready to board a train for a field trip to the Etowah Indian Mounds, and another of the same children on the train. “Those pictures, to me, are what bring it all home, since that’s what started all this,” says Mack. “I don’t know that those pictures would’ve ever come to light otherwise.” 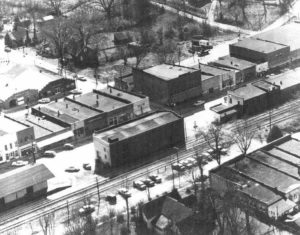 Another treasure unearthed: the circa-1870 freight scales from the depot, which the group spent about $4,000 to have restored to their original splendor. “Everything that was bought and sold went across those scales,” says Mack. “They were the final say-so for how much something was going to cost.”

The group also conducted dozens of oral history interviews with long-time Acworth residents. Their voices truly bring the city’s history to life, from Johnnie Lacey reminiscing on training his horse, Black Joe, to Janice Cunningham’s memories as a fire-twirling majorette in high school and Florence Bates’ stint waiting tables at the Silver Trolley. “What I think makes those so unique is, how neat would it be for us to go back and watch our great-great-grandfather talking on a video?” says Mack. “So now, these will live on forever, not only for Acworth history but for the families, too. I think it’s important not only for people to enjoy and learn about the history now, but for generations to come.”

Those efforts didn’t go unnoticed: last year, Mack was honored with the Acworth Citizen of the Year award for his work spearheading efforts to preserve Acworth’s history. “Mack Turner was recognized as the citizen of the year because of his leadership in leading this group to raise significant amounts of money to be able to tell these stories,” says Mayor Tommy Allegood. “We now have the ability to tell a historic story of the city, with people who’ve grown up here, about our history and the things that have happened here, and the Save Acworth History Foundation has done a really great job in gathering up these stories.”